With all of the recent news of various social media platforms purposefully hiding and censoring Christian and politically conservative content in the name of “diversity” and “tolerance,” many people have abandoned Facebook, Twitter, Pinterest, and other popular social media outlets in protest. While I have been tempted to do the same, because of their relative popularity (compared to more traditional communication media), I do believe that if we abandon these platforms, we will not only limit our audience but encourage the behavior of limiting reasonable content to and stifling intellectual discussion among the users of these platforms. The new generation of consumers prefers social media for their news, media consumption and discussion of various issues, so it cannot be abandoned by those who hold and can defend the truth with gentleness and respect.

The Liberal View of “Tolerance” and “Diversity”

I recently heard Candace Owens interview Lauren Chen about the modern liberal view of “tolerance” and “diversity.” They discuss the deliberate attempt to remove even the slightest (appearance of) disagreement from the public square. This attempted removal is targeting the internet and specifically, social media. If you are considering leaving popular social media platforms (or already have), I encourage you to listen to this discussion in full and consider that removing your voice of reason from today’s public squares may do more harm than good:

Christians Should Master The Media

The new culture primarily consumes image-driven messages, and social media is the primary avenue to get images before this audience. In his book “Cold-Case Christianity: A Homicide Detective Investigates The Claims of the Gospels,” J. Warner Wallace encourages Christians to not just embrace new media but to master them. Christians must master the content itself, the presentation of the content, and the delivery mechanisms for the content. 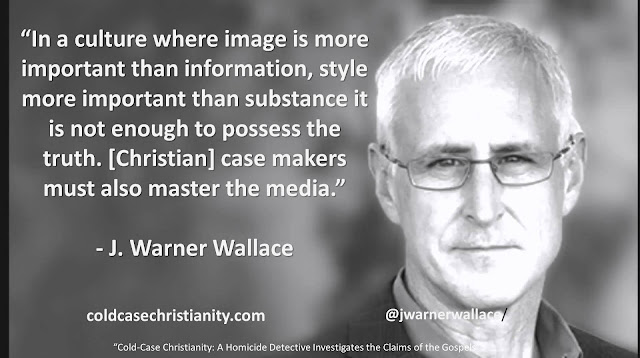 Rather than abandoning popular social media channels, we should embrace them and utilize them to their fullest potential! If a challenge arises that limits our reach, it is not to be met with surrender, but with enthusiasm to reach the goal despite the challenges. I have written several posts and reviewed several books on the importance of discussing political and moral issues in a compassionate yet intellectual manner. I encourage you to read the posts and purchase the recommended books to equip you to “always be prepared to give a reason for the hope that you have…with gentleness and respect” (1 Peter 3:15):

Luke Nix holds a bachelor’s degree in Computer Science and works as a Desktop Support Manager for a local precious metal exchange company in Oklahoma.

The Education of Jesus of Nazareth

A Practical Guide to Culture: Helping the Next Generation Navigate Today's World

How Jeremiah 29:11 is Far Better When You Properly Interpret It

What Is The Fine-Tuning Argument For God’s Existence, And Does The Multiverse Counter It?

Did We Really Not Have A New Testament Canon Till The Fourth Century?