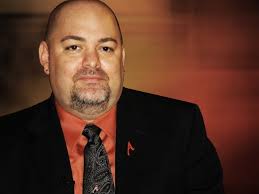 On Sunday night, I called into the Atheist Experience, an atheist TV show based out of Austin, Texas.  It is a weekly call in program, airing every Sunday at 4:30 till 5:30pm Central and can be viewed on ustream. The recording of my discussion with Matt Dillahunty from Sunday night (I am the first and longest caller) can still be found online (mp3; video).

It is unfortunate that the vast majority of callers into the program are not well informed about their own faith, let alone how to defend it rationally. Informed and intelligent Christians rarely call into the program. I am not quite sure why this is, but I would speculate that most educated Christians feel that the Atheist Experience does not offer a fair contest. As I learned on Sunday, it is not easy to have a fair debate when your opponent has control of the mikes, when there is no impartial moderator, and when your opponent is repeatedly interrupting you mid flow, bringing up multiple objections and then perhaps giving you about 3 to 5 seconds at a time to make your case. I understand that they cannot have someone rambling on and on endlessly, but the limitation ought to be reasonable. At the end of our conversation, Matt accused me of employing circular reasoning. When I started to explain why I was not guilty of circular reasoning, he cut me off saying “We’re done.” For sure, I understand that they cannot have one caller take up the whole program. But this was a key point in the conversation. To make a point like that and not allow me to respond suggests to me that Dillahunty is more interested in making himself look good in the eyes of his fans rather than in the objective pursuit of truth.

The first portion of the discussion concerned the nature of faith. I objected to the way that atheists typically use the word faith, which is in stark odds with the way in which the word has been used both Biblically and historically. The word “faith” is really a synonym for “trust”, and indeed the Greek word in the New Testament that is translated “faith”, pistis, has connotations of “trust”. It does not have connotations of unjustified belief. Indeed, as I pointed out on air, verses like Proverbs 14:15 encourage believers to have an intellectually responsible and rational faith: “The simple believe anything,but the prudent give thought to their steps.” For further defense of this position, see my article here. Matt’s response was that there are multiple usages of the word “faith”, and many people do use it in the sense of unjustified belief, even though (as I would argue) this might be an erroneous usage. This response is fair enough, but I would encourage atheists to be clear about this distinction when discussing the matter. Frequently, alas, this is not the case.

We then moved on to discuss some of the evidence for God’s existence. Matt asserted that science cannot provide support for the supernatural. My response was to say that science can provide support for a theologically-neutral premise which forms part of a philosophical syllogism that in turn provides support for the supernatural. Thus, in that way, science can provide evidence for the supernatural. Certain observations about the world are better expected given theism than given atheism. Such observations include the discovery that the Universe has a finite space-time boundary, the finely-tuned character of the cosmos and the role of information in biological systems. Such phenomena thus constitute evidence for God’s existence. We then moved on to discuss specific arguments for God’s existence — the fine-tuning argument and the intelligent design argument. I am not going to address every point here in this blog post, but I do want to comment on a few things that came up in the discussion that I did not have a chance to elaborate on fully.

The first point I want to address is Matt’s frequentist approach to probability. Whereas (as I pointed out) physicists are in wide agreement that the parameters of physics could have had a wide range of values, Matt argued that this cannot be demonstrated because we only have one Universe to observe. Such an argument, of course, presupposes a frequentist view of probability. Although useful in some contexts, in other contexts it has its limitations. For example, if we are considering the cause of the worldwide extinction of the dinosaurs, approximately 65 million years ago, we are dealing with a one time event. For many events in history, we have a sample size of exactly one and a frequentist approach is not a particularly valuable tool for studying such singularities. The way fine-tuning proponents forward their argument makes use of epistemic probability, which is what we use when making determinations about whether something counts as evidence. The idea is that, given physicists are right (about the number of ways the Universe could have been, and the overwhelmingly high ratio of universes which wouldn’t permit life to those that would), the epistemic probability of a life-permitting universe is very very low.

Matt also pointed out the hostility of most of our Universe to life and suggested that our Universe is really anything but finely tuned for bio-habitability. This is, however, to commit an understated evidence fallacy since the fact that our Universe is even here at all is due to very exquisite fine-tuning. By far the most impressive example of fine-tuning was revealed by Roger Penrose, of Oxford University, who has calculated that the probability of the initial low entropy conditions of our Universe being obtained by chance alone is of the order of one part in ten raised to the tenth power raised to the 123rd power. The denominator after the one possesses more zeroes than there are elementary particles in the observable Universe.

A further point I want to comment on is Matt’s claim that there is no original research being done by the intelligent design community. For the website of a laboratory where such research is being conducted, I would refer Matt and other readers to the Biologic Institute webpage, in particular their list of selected research publications. For a more comprehensive list, there is one posted on the website of the Discovery Institute, which can be located here.

It was also claimed that intelligent design is not science because it is unfalsifiable. Leaving aside the limitations of falsifiability as a demarcation criterion for distinguishing science from non-science, I would argue that the theory that there is detectable design in biology can be falsified in two ways. One way would be to show that life does not contain the levels of specified complexity that is non-amenable to a neo-Darwinian stepwise pathway — for example, in the case of protein structures you could show that the prevalence of stable folds in combinatorial space is relatively high. The second would be to show that intelligent agency is not the only cause that can produce specified complexity. If you could show either of those, it would demolish the design inference. Matt claimed that specified complexity was a meaningless concept. But this runs Matt’s own position into serious problems as I show in my article here.

Finally, I want to remark on Matt’s final claim that he made before cutting me off — that is, that the concept of specified complexity is circular and smuggles in the designer with the word “specified”. His final question to me was “Is it possible for something to have specified complexity without an intelligent agent doing the specification?” I answered in the negative. Unfortunately, I think I probably misinterpreted this question. If Matt was asking at this point if it is possible in principle, then the answer would be “yes” because you could have such specified complexity produced by, say, a quantum fluctuation. But would one be reasonable in positing that an observed instance of specified complexity could come about apart from intelligent design? To that, I would indeed answer in the negative.