Blog
Home / A Critique Of Seventh Day Adventist Teaching On The Sabbath
Monday, May 5, 2014

A Critique Of Seventh Day Adventist Teaching On The Sabbath 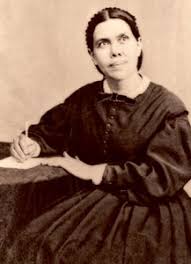 The seventh day adventist (SDA) movement, which bases its distinguishing doctrine around the teachings of Ellen G. White  (1827 – 1915) asserts that the proper day on which Christians should assemble to worship is Saturday, not Sunday as evangelicals commonly maintain. SDAs will even often go so far as to say that assembling on Sunday instead of Saturday only became a practice adopted by the church in the fourth century A.D. when the emperor Constantine made Christianity the religion of the Roman empire.

Is the SDA movement correct on this point? It is this question that will be the focus of this article.

When Did the Early Church Assemble to Worship?

One misconception that needs to be addressed is the notion that the Sabbath day was given for worship. It wasn’t; rather, it was a day on which people would cease from their work in order to rest. There was, then, no official day that was ordained for the purpose of worship. It was expected that worship would be the daily practice of the pious Jew.

One only needs to delve into the rich literature that is preserved from the early church fathers to find out what day the church assembled to conduct worship. Indeed, Justin Martyr (100 – 165 AD), in his first apology (chapter LXVII), says,

And on the day called Sunday, all who live in cities or in the country gather together to one place, and the memoirs of the apostles or the writings of the prophets are read, as long as time permits; then, when the reader has ceased, the president verbally instructs and exhorts to the imitation of these good things […] But Sunday is the day on which we all hold our common assembly, because it is the first day on which God, having wrought a change in the darkness and matter, made the world; and Jesus Christ our Savior on the same day rose from the dead. For He was crucified on the day before that of Saturn (Saturday); and on the day after that of Saturn, which is the day of the Sun, having appeared to His apostles and disciples, He taught them these things, which we have submitted to you also for your consideration.

Here, we have one early Christian report asserting that the Christians met together on the Sunday, not the Saturday, because it was on Sunday that the Lord rose from the dead.

We have, however, an even earlier writer who was in a key position to know the teachings of the apostles themselves, himself being a disciple of the apostle John. Ignatius (35 or 50 – from 98 to 117 AD), the third bishop of Antioch, in his epistle to the Magnesians (9), writes,

We have seen how former adherents of the ancient customs have since attained to a new hope; so that they have given up keeping the sabbath, and now order their lives by the Lord’s day instead (the Day when life first dawned for us, thanks to Him and His death. That death, though some deny it, is the very mystery which has moved us to become believers, and endure tribulation to prove ourselves pupils of Jesus Christ, our sole Teacher).

Ignatius, like Justin, asserts that the early church met not on Saturday, but the “Lord’s day”, which is clearly intended to refer to the first day of the week, since the reason given is that it is “the Day when life first dawned for us”, which I would take to be the resurrection of Jesus from the dead. The “Lord’s day” is also alluded to by Ignatius’s mentor, the Apostle John, in Revelation 1:10. The important point is that the text does not refer to the Sabbath Day (Saturday), since the Christians reportedly had “given up keeping the sabbath” and now instead had arranged “their lives by the Lord’s day instead”.

Both Ignatius and Justin wrote in the second century, Ignatius very early into the second century. That is a long time before Constantine made Christianity the religion of the Roman empire in the fourth century. The epistle of Barnabas (which was composed sometime between the destruction of the temple in A.D. 70 and the Bar Kochba Revolt of A.D. 132), moreover, says (15),

And we too rejoice in celebrating the eighth day; because that was when Jesus rose from the dead, and showed Himself again, and ascended into heaven.

Others, again, certainly with more information and greater verisimilitude, believe that the sun is our god. We shall be counted Persians perhaps, though we do not worship the orb of day painted on a piece of linen cloth, having himself everywhere in his own disk. The idea no doubt has originated from our being known to turn to the east in prayer. But you, many of you, also under pretense sometimes of worshiping the heavenly bodies, move your lips in the direction of the sunrise. In the same way, if we devote Sunday to rejoicing, from a far different reason than Sun worship, we have some resemblance to those of you who devote the day of Saturn to ease and luxury, though they too go far away from Jewish ways, of which indeed they are ignorant.

On Sunday none of the actions of the world should be done. If then, you abstain from all the works of this world and keep yourselves free for spiritual things, go to church, listen to the readings and divine homilies, meditate on heavenly things.

I could go on in this vein for some time. There are many references in early Christian literature to the fact that the church assembled for worship on Sunday. I am not aware of any sources to the contrary, which would indicate that church assembly took place on Saturday.

The book of Acts, likewise, in 20:7, asserts that the early church convened on “the first day of the week” to break bread. The SDA interprets this in view of the Jewish evening-to-evening demarcation of days rather than the Roman midnight-to-midnight demarcation. Given this demarcation, it is argued, this could refer to Saturday evening. But Pliny the Younger (61 – 113 AD), the Roman governor of Bithynia, writing around 110 to the Emperor Trajan, mentions that Christians “were in the habit of meeting on a certain fixed day before it was light, when they sang in alternate verses a hymn to Christ, as to a god.” He goes on to note that, following this meeting, “it was their custom to separate, and then reassemble to partake of good food — but food of an ordinary and innocent kind.” It seems likely that Sunday is the “fixed day” that Pliny has in mind, rather than Saturday, since he mentions the pre-dawn assembly first and then mentions that the second meeting took place later in the same “certain fixed day”. Since Pliny was a Roman, one would expect him, if he were referring to the Saturday sabbath, to mention the later meeting first and then the pre-dawn meeting that occurred after the “certain fixed day”.

Here’s the bottom line: If one chooses to assemble and worship on Saturdays instead of Sundays, I fail to see any Biblical reason to think they are doing anything for which God will condemn them. But it is a mistake for one to assert that such is the proper day for the assembly of God’s people (i.e. that those who assemble on Sunday are in error), or the way that the early church did it.

Are Gentile Christians Expected to Keep the Sabbath?

It is striking that the letter written to the gentiles following the Jerusalem council of Acts 15 does not mention Sabbath observance. Indeed, the one time in which the gentiles are addressed concerning the Sabbath, they are told “Therefore let no one pass judgment on you in questions of…a Sabbath” (Colossians 2:16). The reason given in Colossians is that “These are a shadow of the things to come, but the substance belongs to Christ,” a theme also taken up in Hebrews 4. Along similar lines, Paul writes in Romans 14:5-9:

One person esteems one day as better than another, while another esteems all days alike. Each one should be fully convinced in his own mind. The one who observes the day, observes it in honor of the Lord. The one who eats, eats in honor of the Lord, since he gives thanks to God, while the one who abstains, abstains in honor of the Lord and gives thanks to God. For none of us lives to himself, and none of us dies to himself. For if we live, we live to the Lord, and if we die, we die to the Lord. So then, whether we live or whether we die, we are the Lord’s. For to this end Christ died and lived again, that he might be Lord both of the dead and of the living.

Adventists will sometimes argue that Jesus and his disciples kept the Sabbath day, and indeed they did. But they, being Jews, also observed the passover meal. Few gentile believers today keep the passover, which was an annual celebration given specifically to the Jews.

Justin Martyr, in his Dialogue with Trypho (chapter XXVI), wrote that,

[T]he Gentiles, who have believed on Him, and have repented of the sins which they have committed, they shall receive the inheritance along with the patriarchs and the prophets, and the just men who have descended from Jacob, even although they neither keep the Sabbath, nor are circumcised, nor observe the feasts.

Tertullian of Carthage also regarded the observance of the Sabbath “to have been temporary” (An Answer to the Jews, chapter IV).